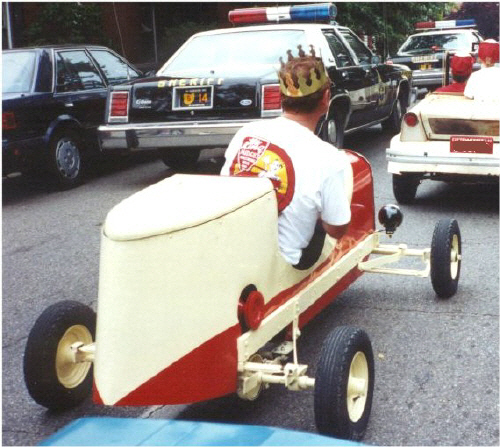 The evolution of King Midget began in 1946 when Claud Dry and Dale Orcutt, who met while civil air patrol pilots during World War II, conceived King Midget as an inexpensive, affordable car that anyone could buy. They developed and sold King Midget as a single passenger kit car in which any single cylinder engine could be installed. The kit contained the frame, axles, springs, steering mechanism, dimensioned patterns for the sheet metal, which could be fabricated by a local metalsmith, and an assembly book. In the late 1940’s, and through 1951, the Model 1 became available from the factory as either a kit or as a fully assembled car with a 6 h.p. Wisconsin engine. 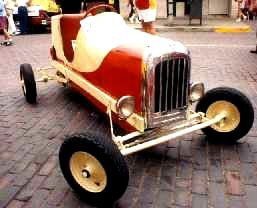 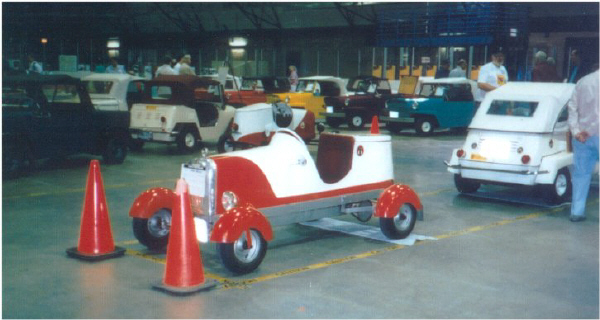 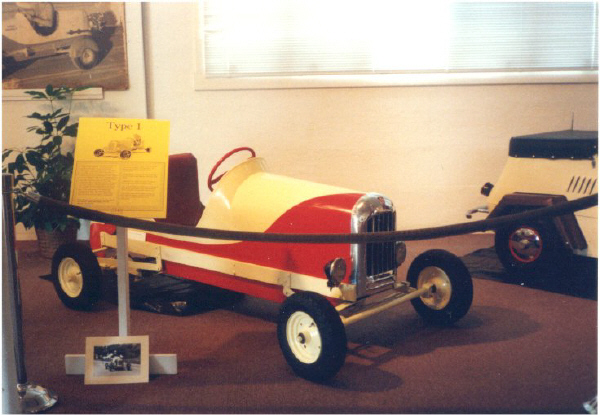 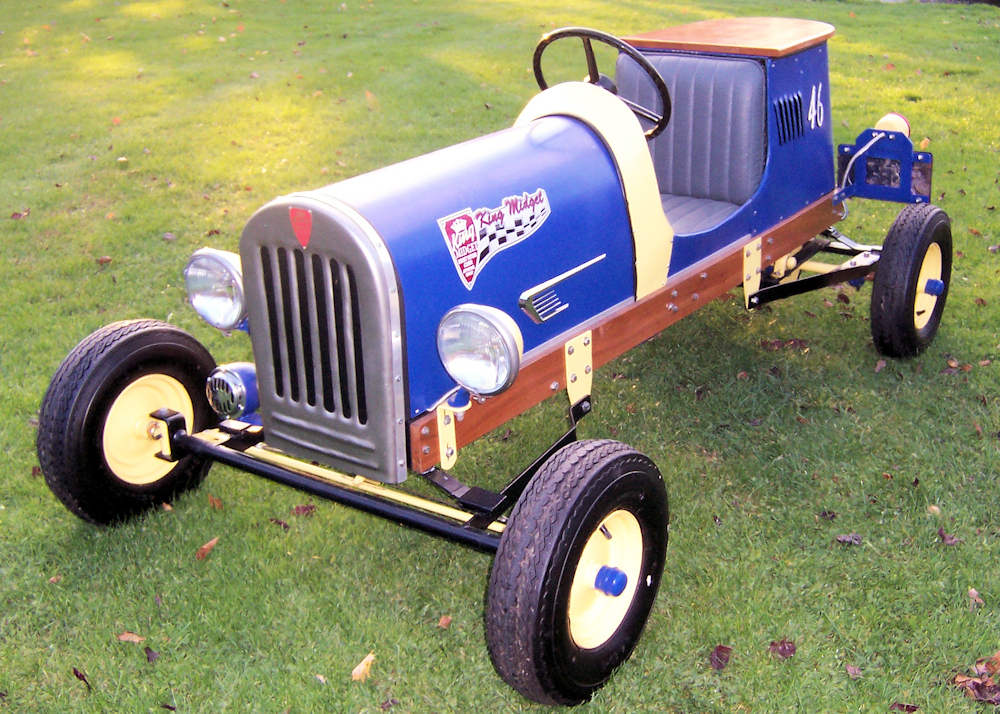 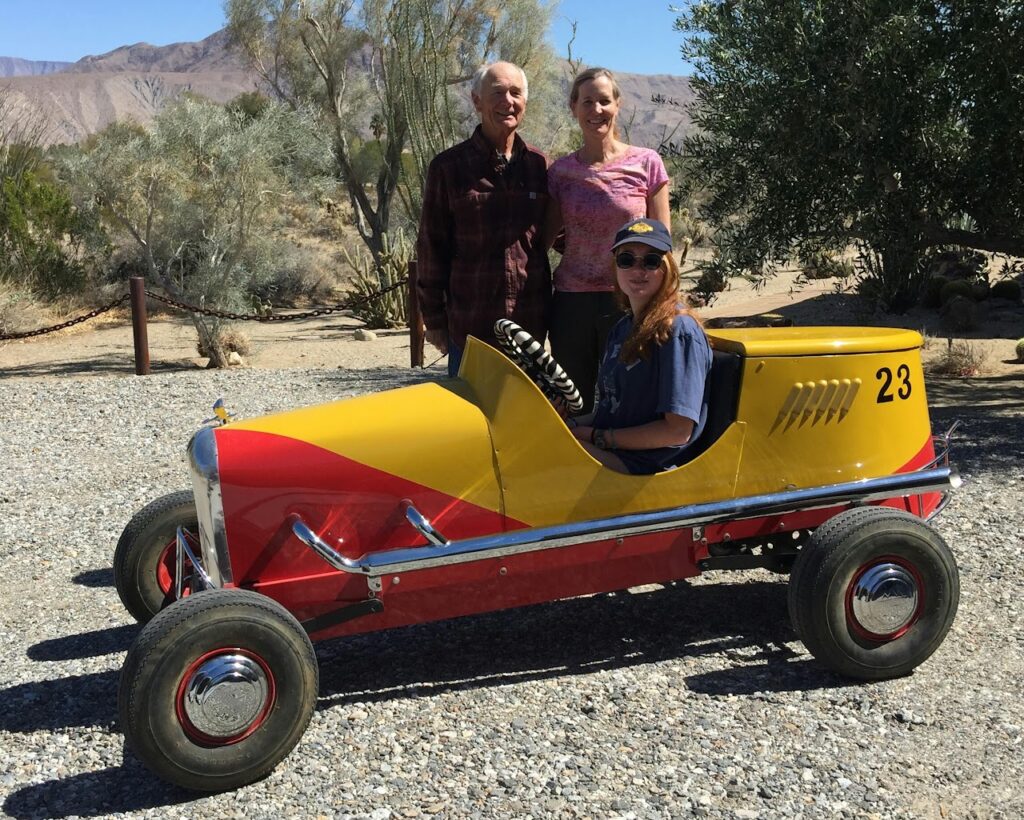